As most residential colleges start their January terms with in-person instruction, some faculty members and students are pushing back, asking that administrators allow courses to be offered online for a few weeks, until the wave of Covid-19 cases brought on by the Omicron variant dies down.

But rather than demanding fully remote learning — a common refrain earlier in the pandemic, when more people were at risk of serious disease for lack of vaccines — some faculty members have a more modest ask: greater flexibility in how they teach while cases are high, particularly for instructors with health complications or family members ineligible to be vaccinated.

At the University of Louisville, more than 1,600 people have signed a petition — titled “Keep All Cardinals Safe!” — that pushes for instructors to have the ability, on a case-by-case basis, to move instruction online until Covid-19 cases subside.

Members of the university’s chapter of the United Campus Workers of Kentucky, a union, crafted the petition on Friday after professors were told by the interim president and interim dean of arts and sciences — Louisville’s largest college — that courses designated as in person may not be moved online. Violations, the interim dean said, may result in discipline. (The university has since moderated its rhetoric on discipline, The Courier-Journal reported.)

“I have three younger colleagues who have children under 2 who are obviously not vaccinated because they are too little,” said Tracy K’Meyer, a history professor.

“There’s no reason not to give them flexibility,” she said. “There’s really just no reason.”

When the petition was sent out, she promptly signed it. “There was definitely this sense of anxiety and frustration kind of percolating, and then the petition and other things gave it an outlet,” K’Meyer said.

Just this week, K’Meyer learned that a student she had spoken to a day earlier in class had tested positive. Given the lack of university guidance, she said she’s having to decide on her own what to do.

“So far my response has been to post a video recording of the lecture and tell students whether they can come to class or not. I will be there if they want to be there, and if not that’s OK,” she said. “I’ll basically play it by ear, class by class, because there’s not a lot of guidance of what you should do in that situation.”

Faculty members at the University of Michigan at Ann Arbor who want the option to teach virtually have also had a tough time persuading administrators.

The university’s union of non-tenure-track faculty members, the Lecturers’ Employee Organization, has urged the administration to allow for faculty discretion. “We think the university should trust the faculty to make the right decisions,” said Kirsten F. Herold, a lecturer who is the union’s president. “Of course you should teach online if you’ve got a lot of sick students or you yourself aren’t feeling well.”

Michigan’s administration recently acknowledged that instruction may need to take place online in some circumstances, but a few faculty members still worry about facing retaliation from supervisors.

“Administration isn’t threatening faculty outright, but they’re not explicitly saying they won’t do it either,” said Herold. “If a person has tenure … I mean, what are you going to do to a professor who says they’ll stay online for another week? But for a lecturer who’s a new hire, you could see this coming back to bite them when decisions are being made about reappointments. Technically, it is insubordination.”

Undergraduates at the university seem to support professors who want to conduct their lectures virtually. The student government passed a resolution on Wednesday in support of an “e-pivot” and other Covid-19 accommodations

At the University of Oregon, the Graduate Teaching Fellows Federation, which represents more than 1,400 graduate employees, is urging the administration to move most classes online until the current Covid-19 surge is over.

The university’s student government, the Associated Students of the University of Oregon, endorsed the federation’s request and urged students to do the same in a letter released last week.

On January 6 the university announced a policy allowing instructors to move courses online for a limited time if their classes were experiencing 20 percent or more Covid-related absences, “to provide more equitable course access to students,” if approved to do so by deans and department heads. The announcement still emphasized in-person instruction as the best course of action whenever possible.

In response, the federation filed a complaint days later against the university with the state’s Employment Relations Board. Administrators had not negotiated working conditions or communicated with the federation before instituting the new policy, said Adam Quinn, a Ph.D. student in history and the federation’s vice president for communications.

“There are many opinions on campus about the details of potential, safer policies, and if it weren’t for the level of spread we’re seeing, many of us would prefer to be in person,” Quinn said. “But over all, students and faculty are behind us and view the current policies as unsafe, desiring stronger, more consistent efforts to curtail Covid spread.”

Kay Jarvis, a university spokesperson, said the administration was reviewing the complaint and was following guidance from public-health authorities.

Several universities have responded to alarm over the Omicron surge by starting their new terms online temporarily. Some, citing surging Covid-19 cases and breakthrough infections, recently extended those plans, further delaying the return to physical classrooms.

Ohio State University isn’t one of them. Tens of thousands of students returned to its main campus on Monday, and some professors are worried about the burden that influx may place on the surrounding community.

Many complaints about the quality of online learning stem from the pandemic’s early days, when educators and students scrambled to figure out how to make remote teaching work, in many cases for the very first time. But by now, said Guy A. Rub, a law professor at Ohio State, most faculty members have learned how to teach online and can make the switch quickly, particularly in fields, like law, that require little equipment.

He said most students could still get a decent education in a temporary online environment, which is why he wants the university to push back in-person learning for a few weeks. Those who needed classes to be in person, such as a lab, could still attend them.

“For most of us, studying on Zoom is not that bad. It might not be as good as studying in person, but it’s almost as good,” Rub said. “To say, something that is almost as good and I can also help the health-care system, help the community, then why not?”

Why did the Texans fire David Culley? Explaining the one-and-done tenure of a 'Band-Aid' hire The Association of Latino Administrators Announces its New Executive Board A national esports effort aims to ‘change the trajectory’ for students 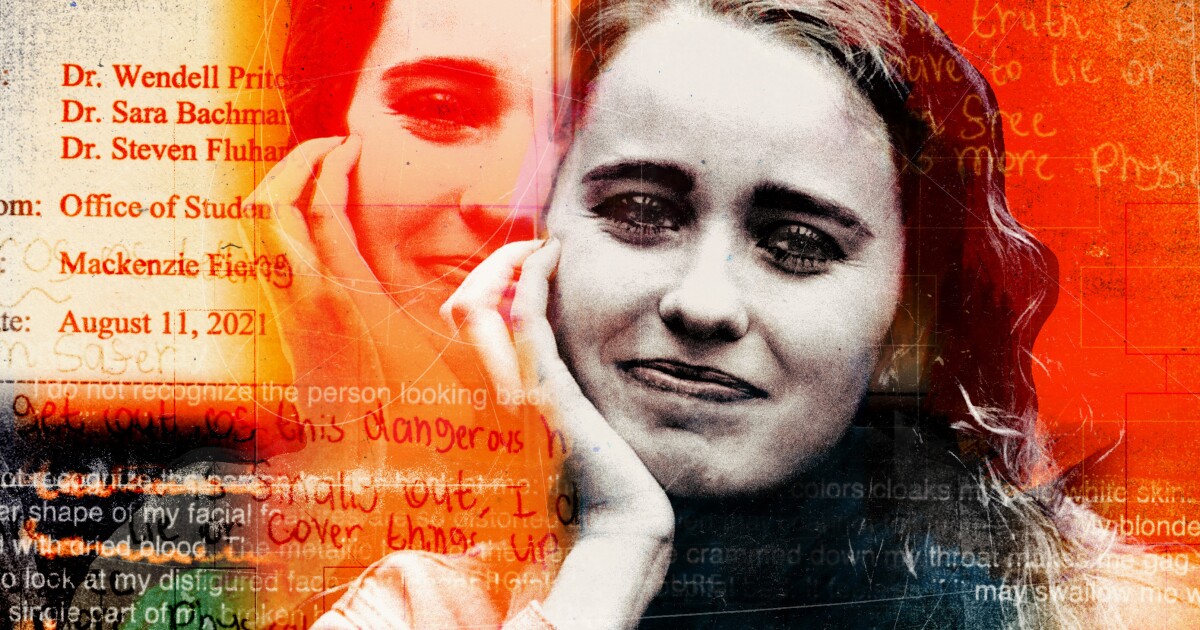 Her University Celebrated Her Inspiring Story. Then It Started Asking Questions.